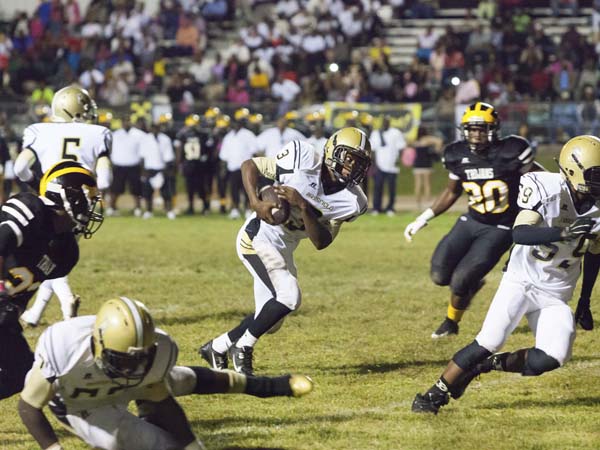 THE PRENTISS HEADLIGHT / #3 Gerald Reese heading down the field for one of his two touchdowns of the night against Amite County.
Photo by Tony Waits, www.tonywaits.com

Prentiss Christian will not play ACCS due to tragedy

Friday night’s varsity football game between Prentiss Christian and ACCS was postponed and later forfeited due to the tragic death... read more