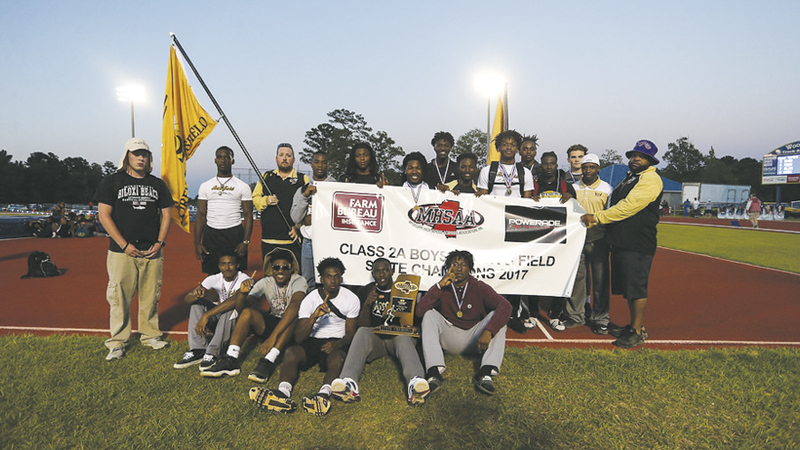 The Bassfield Yellowjacket varsity boys track team is a true testament of the adversity faced throughout the season, but in the end they pulled it together and won their second 2A MHSAA Track State Championship.

In 2016, Bassfield had arguably the fastest man in the state. This year it was a total team effort.

The misfortune followed the team all the way to the state meet where their fastest guy, Ron Thompson, pulled a hamstring in his first race. Later in the day, Rickey Griffith, the team’s best hurdler and jumper, had to scratch an event.

“The last straw was when our 4×200 team was disqualified. The team was down, I was on the fence praying, looking for guidance.

I pulled them together and asked them to fight to the finish like we always do, and that’s exactly what they did.”

Price was assisted by Shane Wilson and Jabriel Thompson.

“God blessed us with the perfect ending to this Bassfield program.”