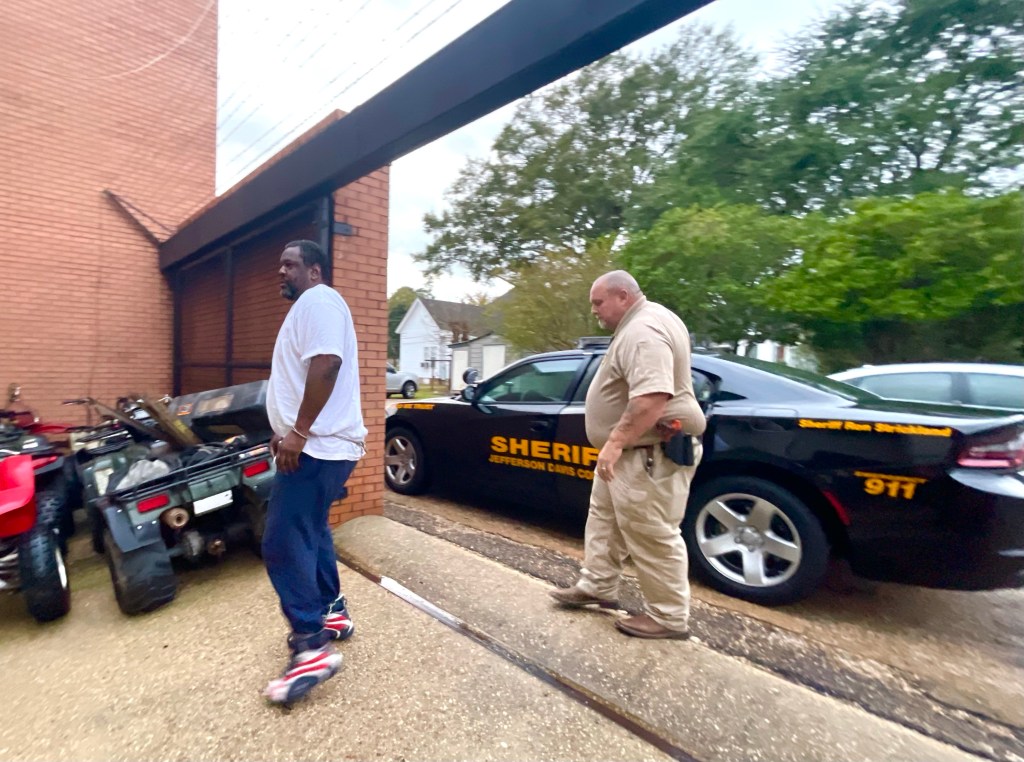 Holley Cochran / The Prentiss Headlight— Bernardo Loftin arrived at the Jefferson Davis County Jail after being captured in Pearl River County by U. S. Marshals Oct. 20. Loftin is accused of shooting his estranged wife on Sept. 21. at her mother's home in Bassfield.

A BOLO had been issued for Loftin, who was considered armed and dangerous, after he allegedly shot his estranged wife Laronda Harper multiple times on Sept. 21 in Bassfield.

Harper was hit in the legs and abdomen, underwent multiple surgeries and is recovering.