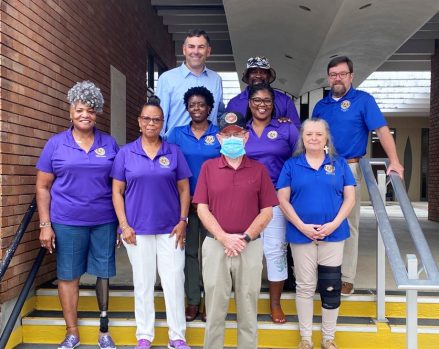 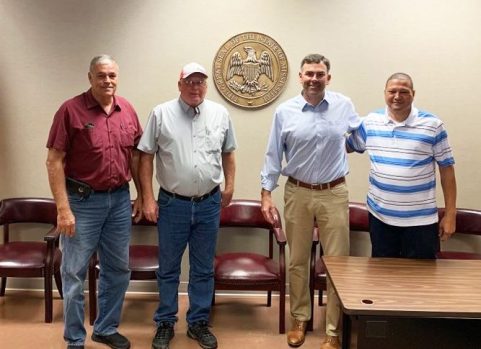 Watson is on a county tour to meet with circuit clerks and election commissioners in all 82 Mississippi counties.

The goal of the tour is to build strong relationships, discuss voting-related issues and brainstorm ideas to help strengthen the overall elections process.

“We appreciate the Secretary of State coming to visit us in Jefferson Davis County,” said Election Commission Chairman Linda Speights. It means a great deal to us that he wants to hear from all of us, even in smaller counties.”

Speights made sure Watson knew that there is a collaborative effort in Jefferson Davis County. “We aren’t divided like some counties. We have a joint agreement between us and the circuit clerk and deputy clerks.  We work as a team.”

As Secretary of State, Watson is focused on protecting the integrity of our elections by emphasizing the importance of clean voter rolls and continuing strong enforcement of Mississippi’s Voter ID law. Since taking office, he’s fought to push legislation to ensure only United States citizens are registered to vote in Mississippi. Watson is also dedicated to bringing about a more efficient and effective state government by working to reduce regulations and red tape so small businesses can grow and flourish in a free market economy. During his first year as Secretary of State, he launched the Tackle the Tape initiative, which aims to help increase economic opportunities for all Mississippians by promoting competition and encouraging innovation and job growth.